The Power of Music – Creating Playlists to Heal Grief & Trauma

The Power of Music – Creating Playlists to Heal Grief & Trauma 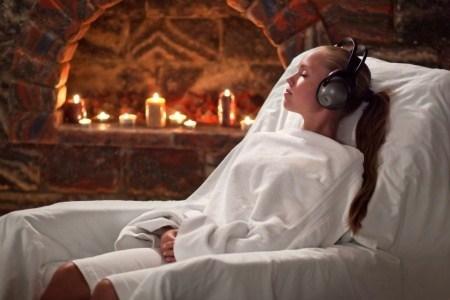 Music is a powerful therapeutic tool. Author and Counselor, Courtney Armstrong describes how she introduced it into sessions with 2 clients – with impressive results.

Did you know that using music in therapy sessions is one of the quickest, most powerful ways you can help clients overcome grief and trauma? Recent neuroscience studies validate the therapeutic properties of music, yet many therapists don’t take advantage of using this mellifluous tool in their sessions. In this article, I will show you how I helped two of my clients recover from grief and trauma by creating music playlists with them.

The pain of grief comes from feeling isolated, cut off, and separated from someone or something we love. Composing a playlist of songs that reflect the griever’s relationship with the deceased can dissolve that sense of isolation and help the griever feel an ongoing connection to the deceased loved one.

For example, creating a music playlist sparked a huge breakthrough for my client Tony*, whose son Andy* had died of a heroin overdose. Prior to using music in our sessions, Tony attempted to avoid his emotions by intellectualizing his feelings or abruptly changing the subject whenever a pang of grief surfaced in our sessions. One day Tony mentioned that the song, “I Dreamed a Dream” from the musical Les Misérables perfectly reflected the dejection he felt. When I offered to play this song in our session, he protested:

“No! Don’t play it. That song completely levels me. If I hear it, I’ll be a wreck for the rest of the day.”

This led to our having a discussion about how music can convey the complexity of our feelings better than words. Rather than focus only on songs that reflected his grief, I suggested Tony consider making a playlist of songs that captured the essence of his relationship with his son. Tony liked this idea and began by pulling a few songs from Andy’s favorite artists, and then added his own preferred music.

Here are several of the songs that Tony selected and his reasons for choosing them:

After we listened to the songs together, Tony commented:

“Before I did this, all these songs and feelings were rolling around in my head, disjointed and unorganized. This gave me a way to face my fears and bring some order and coherence to my feelings. Even though many of the songs are sad, they give me hope and the will to move forward. Thank you for suggesting it.”

The Secret to Creating a Playlist that is Therapeutic

Even though research suggests that listening to a sad song can be consoling, you don’t want your client to only make a list of songs that amplify his pain. As Tony commented, the song “I Dreamed a Dream”, would “make him a wreck for the rest of the day” if he listened to it in isolation.

The trick for making a playlist healing instead of heartbreaking is to start with 1 or 2 songs that reflect the client’s current emotional state, then add 3 or 4 songs that gradually move her towards her desired emotional state.

This suggestion is based on the concept of entrainment. Entrainment occurs when the rhythm of one object’s movement synchronizes with the rhythm of another. Christiaan Huygens, the Dutch scientist who invented the pendulum clock, documented this phenomenon around 1665 when he observed that two pendulum clocks sitting side-by-side would fall into a synchronous rhythm with one another. Similarly, our brain waves, heartbeat, and motor areas are inclined to align with a song’s rhythm and this helps us to process our emotions and move forward.

Entrainment playlists can also be a very effective way to empower trauma survivors and banish their feelings of helplessness. For instance, my client Maddie* had been the victim of a gang rape at friend’s party when she was a teenager. She came to me for therapy when she was well into her 30’s, frustrated that she was still carrying a great deal of rage, shame, and guilt around this incident. A former dancer, Maddie liked the idea of using music to process her traumatic experience. In addition, she discovered that dancing to the music helped her work through emotional material she’d not been able to access previously.

Maddie’s playlist began with the illustrious show tune “Everything’s Coming Up Roses,” depicting the naive innocence, excitement, and optimism of a child. Then the scene transitioned to Billy Idol’s “Rebel Yell,” reflecting the lightness, fun, and excitement of being a cheerleader in high school. Maddie explained this song also symbolized the way she and her friends were discovering how to use their sexual power, by flirting and dancing a little sexier as they cheered. She clarified:

“I never wanted to use that power other than to find somebody to love me. But, women learn to play the game and use this power to get what they think they want.”

The music and dance scene then spiraled downward into the horrific gang rape she experienced. She chose the song “Fat Bottomed Girls” by Queen for this scene to reflect the randy, entitled attitude the boys used to justify their sexual aggressiveness toward her. Next, the dance meandered through the tormented journey she wandered for years after the incident, vacillating between rage and shame as she continued to look to others for love, approval, and acceptance.

Maddie ended her playlist with a melody about redemption and the song “Unwell” by Matchbox Twenty. Puzzled by these last two choices, I asked:

“I’m curious about these last songs. In my mind, you didn’t do anything wrong. What do you think you need to be redeemed from?”

Maddie widened her eyes and dropped her jaw as she exclaimed:

“Wow, you’re right. I’m still carrying guilt as if dancing like a cheerleader caused this incident. I’m going to revise this.”

When Maddie returned to the next session, she said:

“Most of songs in the original dance piece don’t resonate strongly for me anymore. They are like pieces of a puzzle that I have already worked. They still fit in the big picture, but I am done with them.”

She concluded that the song “Black River,” by the Liz Ross Band now summed up the way she felt about the event because it was about a woman who had reclaimed her power.

Although Maddie had been to many therapists over the years, after just two sessions of processing her traumatic experience through music and dance, she felt like she’d finally found the resolution she’d been seeking. Her mood was positive. Within a few more sessions, she felt ready to terminate therapy and begin dancing again.

In sum, creating therapeutic music playlists is an enjoyable intervention that can help clients resolve painful feelings more quickly and completely than traditional talk therapy. I’ve often witnessed dramatic changes when I incorporate music into therapy sessions. Perhaps it is because music helps clients navigate feelings that defy words and integrate them into a more coherent narrative.

Even when music evokes painful emotions, most people find it consoling and you can assist them in identifying songs that transition them towards more equable emotional states. When used in these intentional ways, music is virtually free of side-effects, excepting the occasional flashes of spontaneous smiles, impromptu foot tapping, and unsolicited body swaying.

This blog is an excerpt from my book, The Therapeutic “Aha!”10 Strategies for Getting Your Clients Unstuck and my article, “Music: A Powerful Ally in Therapy” published in The Neuropsychotherapist, May 2015.

You can listen to the songs mentioned in this article, by going to http://spoti.fi/1y1acwa, a Spotify playlist that supplements The Therapeutic “Aha!”

*Please note: all names have been changed to maintain confidentiality.