“I know it’s irrational, but I can’t stop feeling this way.”

“I know it’s irrational, but I can’t stop feeling this way.” 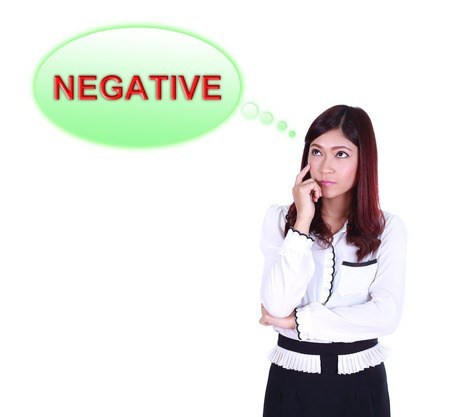 Therapist and author, Courtney Armstrong explains why our emotions can override our thoughts and how you can heal.

Do you ever feel nagging self-doubt or insecurity that you know is irrational, yet can’t seem to turn off? Often it is because we are still carrying around what I call a negative embodied belief that has inadvertently merged into our sense of self.

For example, John was a 48-year-old man who was frustrated by an inexplicable apprehension he felt when disagreeing with his father. As I guided John to trace these feelings back to an earlier memory, he recalled a time that his father, a handball champion, hurled a squeaking mouse against the kitchen wall with one fell swoop of his hand. Later, John recalled another memory of his dad lobbing a similar strike to his face when John smarted off to him as a teenager. John’s father later apologized for hitting him so hard and never hit him again, but John still felt uneasy around him after all these years.

As we explored the beliefs John might have attached to these childhood experiences, he said, “I got the impression that if you cross dad, he’ll wallop you! Even though I know rationally that my dad won’t hit me now, I guess I still feel that way on some level.”

How emotional memories are formed

Maladaptive reactions like John’s are typically formed in response to prior emotionally charged events. When an event happens that involves intense emotional arousal, emotion acts like glue that sears the experience into a learned pathway instantly, so it doesn’t require a lot of repetition. Your mind probably did the same thing when you first touched a hot stove. This indelible learning is meant to protect you and prevent you from putting yourself into harm’s way.

Often, the process of taking events from our past and putting them into proper context happens over time without therapy. For instance, you learned not to touch a stove when it was hot, but realized you didn’t have to avoid stoves altogether. When we put an event into this conscious context, it is called an explicit memory. An explicit memory is a memory we can retrieve consciously and describe without a lot of emotional arousal because we’ve stored it within an adaptive framework. On the other hand, implicit memory is memory that is stored as more of a felt experience that hasn’t been fully integrated consciously into current context, time, or space. Implicit memories involve behavioral learning, emotional reactions, and bodily sensations that lack the feeling of coming from the past. As far as the emotional brain is concerned, the behavior you used to survive an unresolved event is still relevant and necessary for your survival.

“Small-T” traumas can be worse than “Big-T” traumas

Ironically, I find the “small-T” traumas frequently have more of a haunting, insidious effect than the “Big-T traumas”. With a Big-T trauma like disaster, war, or rape, clients often have greater ability to recognize that they did not cause the event and did what they did in order to survive. With a small-T trauma like experiences of disapproval, betrayal, or neglect, people often feel that they were the cause of someone else’s behavior. Clients impacted by small-t traumas often present with recurring feelings of shame, guilt, self-loathing, anxiety or depression without a clear cause. Likewise, they often believe they are inherently unworthy, unlovable, defective, or just plain “bad” without understanding why. I call these embodied beliefs because they show up as more of a felt sense, rather than rational thoughts. An embodied belief feels like an essential truth about one’s identity that cannot be reasoned away.

What are your embodied beliefs?

Fortunately, you can heal and change your embodied beliefs. The first step is to identify where you learned them. Download my Locating an Embodied Belief worksheet to do this. The next step is to determine what you want to believe instead. What do you know now you didn’t know then? For example, John realized as an adult that his father would not hit him again. He wanted his emotional brain to realize his father was now a safe person to be around physically. Moreover, even though John’s father still had the propensity to criticize John or disagree with his opinions, John knew his dad basically respected him. He didn’t want his emotional brain to confuse disagreement on an opinion with disapproval of who John was as a person.

Once you’ve determined what you want your new embodied belief to be, you have to show your emotional brain through an experience. You can’t just think it into being or talk yourself into it. Why? Because the emotional part of our brain doesn’t speak in words, nor does it understand logic. It only learns through an experience. Fortunately, the emotional brain can learn through the experience of guided imagery. You can teach your emotional brain by vividly imagining the “emotional truth” you want it to know now. To do this, you pull up the memory of the original event where you learned the negative belief, and update that memory with a new experience using imagery.

John did this by recalling the memory of his father hitting him and then imagined stepping into that scene as his adult self. He put his arm around his 11-year-old self in the imagined scene to comfort him and pull him away from his father to a safer part of the house. He then imagined his “older self” explaining to his younger part that his father would later acknowledge that he overreacted and would never hit John again. He showed “younger John” moments in the future where his father would express how proud he was of him like when he graduated college and later took care of his dad in the hospital. Through these imagined scenes, John suddenly was able to see how vulnerable his dad was. He realized his dad may have feared that John didn’t respect him, and was reacting out of his own hurt feelings. Once John was able to communicate this knowledge to his emotional brain through imagery, his embodied beliefs changed too. He didn’t fear being around his dad. He took his criticism less personally. He began to see his dad as vulnerable human being with foibles and insecurities just like the rest of us! And as John relaxed around his dad, his dad began to relax too. The unspoken shame and tension that had been there for years—for both of them– gradually dissolved. And they both reclaimed their identities.

Courtney Armstrong, LPC is a therapist in private practice and author of the books The Therapeutic “Aha!” and Transforming Traumatic Grief.