How to Unlearn a Fear in 5 Easy Steps

How to Unlearn a Fear in 5 Easy Steps 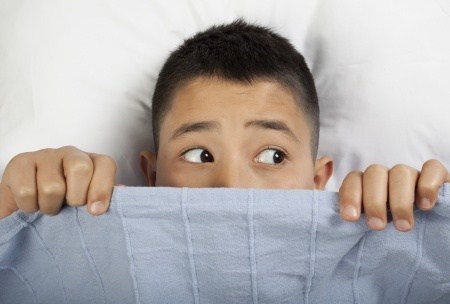 Can you really eliminate a fear for good? Until recently, researchers weren’t sure. Extinction therapies such as prolonged exposure have been the gold standard for treating fears, trauma, and phobias. However, exposure interventions require the client to face and withstand the dreaded situations and triggers she would rather avoid. Consequently, people frequently drop out of these treatment programs before they are complete. More important, exposure therapies only seem to inhibit the fear temporarily so there is always a chance the fear could get triggered again in stressful situations, or after a period of time has passed– a phenomenon known as spontaneous recovery.

Fortunately, recent neuroscience research suggests that we can completely eradicate fears, phobias, and the pain associated with traumatic memories, but there is a very precise protocol we must follow for it to be permanent. The key is to bring up the fear memory briefly while simultaneously presenting an experience that contradicts what the brain would expect from the feared stimulus. This “mismatch experience” causes the neural pathway that contains the fear memory to become labile (or changeable). Then, after a few minutes while the neural pathway is still in this changeable state, you repeat new learning that reduces the perceived threat associated with the feared stimulus. During this window of time, you can actually “update” the original memory with new information, in the same way you can update and save a Word document on your computer – saving it in its altered state forever. This process is called memory reconsolidation.

How is the reconsolidation different from extinction therapy? First, extinction procedures require the person to endure prolonged exposure to a fear trigger while simultaneously training her mind to relax. Brain researchers have demonstrated that this doesn’t actually extinguish a learned fear or update a traumatic memory, but instead creates a new memory that competes with the original fear memory.

In contrast, reconsolidation occurs when the person is briefly exposed to the feared object or memory and pauses a few minutes before repeating new learning. Neuroscience studies have demonstrated that extinction and reconsolidation have different biochemical signatures further indicating they are different processes.

I use the acronym RECON to describe the memory reconsolidation protocol I use to clear trauma, fears, and phobias, and it usually brings relief to my clients within one or two sessions. The sequence goes like this:

For example, I used the RECON protocol to treat my own phobia of giant, flying cockroaches, also known as palmetto bugs. Years ago, my friends attempted an exposure based protocol to extinguish my fear by forcing me to watch David Cronenberg’s film adaptation of William Burrough’s bug infested novel Naked Lunch while throwing plastic roaches at my face. That did not work. Fortunately, applying the following RECON protocol did.

I brought up the creepy, foreboding feeling associated with seeing these repugnant vermin landing in my personal space and felt a gnawing tightness in my stomach.

Step 2: Explore for a similar emotional memory that could be related to your fear and examine the associated beliefs that got attached to it.

As I followed the apprehensive sensations in my stomach back to an earlier memory, I recalled how startled I felt when one of the nasty buggers arrogantly flew right at my face when I turned on the light in my kitchen one night. Then another memory surfaced about a huge roach flying around the kitchen of an apartment we moved into right after my parents divorced when I was 7 years old. My mom was horrified to learn there were bugs in our home and warned me and my brother not to tell anybody because people would think we were filthy and that she was a bad mother.

Prior to this exploration, I didn’t realize that I’d attached this personal meaning to cockroaches. But, it was true. Deep down I believed having a roach in my kitchen meant I was a dirty, disgusting person and this shame was more frightening than the thought of a large insect dive-bombing into my hair.

Step 3: Create a calm, positive experience that elicits the desired response to the trigger.

Eliciting the response you want to have to the trigger calms the nervous system and begins to juxtapose a mismatch experience that lays the groundwork for memory reconsolidation. I wanted to feel indifferent to cockroaches, like the way I thought of beetles. Mind you, I don’t relish the thought of beetles flying towards my face either, but they certainly trouble me less. I imagined thinking of a roach with the same nonchalance I feel when I think of a beetle.

This is different from the relaxation procedures done with exposure therapy in that you are not training yourself to relax in the presence of the feared object, but creating an experience that gives the feared object a new meaning that makes it less threatening.

Step 4: Observationally describe the troubling memory while remaining emotionally present to the current time and space.

To further change the meaning I had attached to the sight of roaches, I reviewed the earlier memory where I had learned roaches were bad, recalling the look of horror on my mom’s face as she swatted at the airborne critter in our tiny apartment. I replayed the memory from an observational perspective, as if I was watching a movie of someone else’s family. Reviewing a memory from this impartial stance prevents someone from reliving an event emotionally and can also bring to light new details and associations.

When I reviewed the memory from this objective perspective, I realized my mom wasn’t really afraid of roaches, she feared people would judge her for being a divorcee and was worried she could not raise us adequately on her small salary. Her fears weren’t unfounded. This was the 1970’s when a women’s pay was substantially lower than a man’s and divorced women were often viewed as inferior.

As I realized my fear of roaches traced back to my mom’s insecurities, I intentionally brought up positive memories of times my mom was quite resourceful and overcame the challenges of being a single parent. I also recalled images of times I saw roaches in the homes of more affluent people to dispel my emotional brain’s belief that only poor, ignorant people have bugs in their houses.

Finally, I reminded my emotional brain that roaches tend to swarm indoors during certain months of the year and that this has very little to do with whether you have a clean kitchen or not. All this may sound obvious to the logical part of the mind, but the emotional part of your mind thinks differently and needs to experience these new associations in order to update earlier learning.

My cockroach phobia may seem like a benign example but I hope it gives you an idea of how you could apply the RECON process in the therapy room to quell any kind of fear, phobia, or traumatic memory. Test the process out for yourself and let me know the results you get from it in the comments box below.

If you want more information, I discuss exactly how to implement the RECON process in new book, The Therapeutic “Aha!”: 10 Strategies for Getting Your Clients Unstuck, or you can download my free report 5 Steps for Healing a Traumatic memory by clicking here.