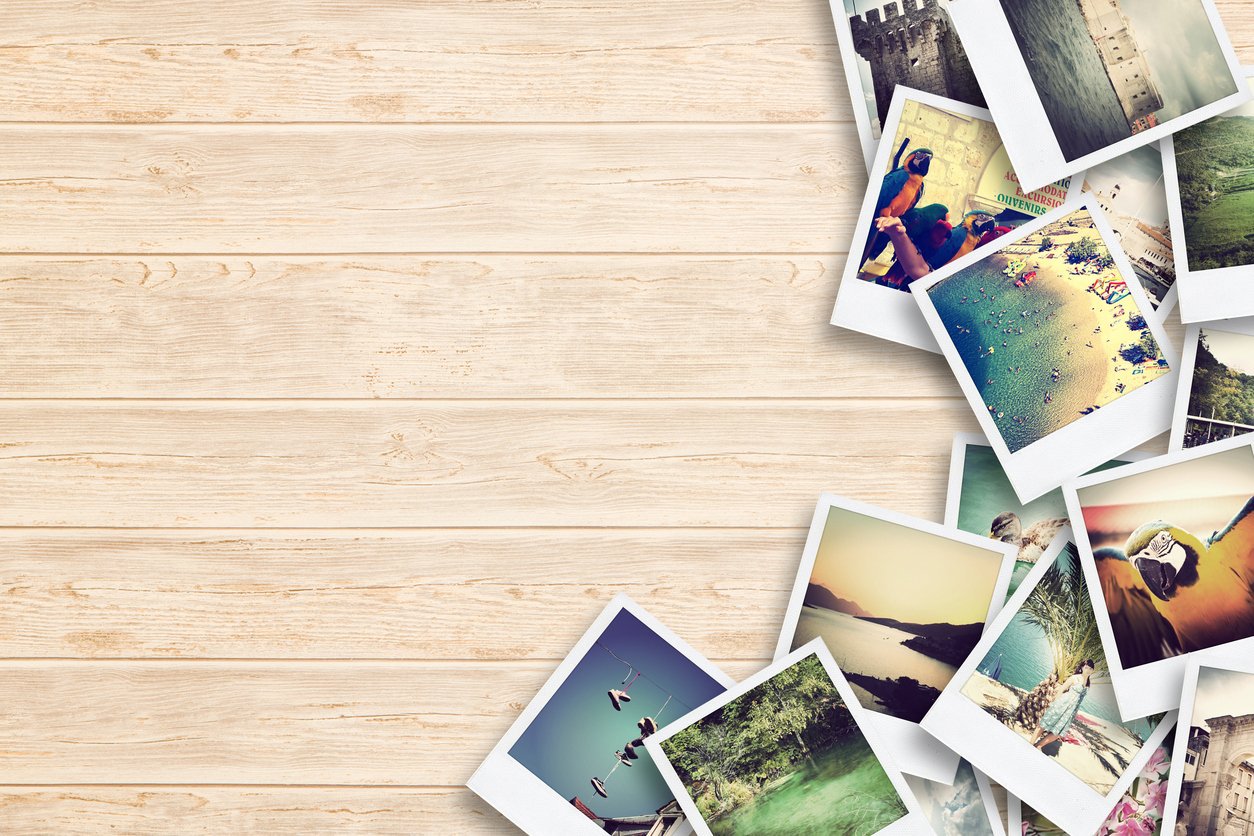 Can you really eliminate the fear and distress associated with a traumatic memory? Until recently, researchers weren’t sure, but significant discoveries are now improving the way therapists treat traumatic memories.

For decades, prolonged exposure has been the gold standard for treating fears, trauma, and phobias. However, people often drop out of exposure treatment before it is complete because the protocols require them to face their fears head on, which is dreadfully unpleasant.

More importantly, exposure therapies only seem to inhibit a learned fear temporarily, so there is always a chance the fear could get triggered again in stressful situations, or after a period of time has passed — a phenomenon known as spontaneous recovery (LeDoux, 2015).

Fortunately, brain researchers have found a less painful way that you can permanently unlearn a fear and relieve the pain of a traumatic memory. But there are precise protocols you must follow to make the new learning permanent. In the following paragraphs, I’ll share three significant discoveries that are improving the way therapists treat traumatic memories.

Every time you recall a fear memory, you have an opportunity to change it by inserting new learning within 10 minutes to 5 hours of recollecting the memory. This process of recalling and updating a memory is called memory reconsolidation. After this 5-hour period, the window of opportunity to modify the memory network closes (LeDoux, 2015; Ecker, Ticic, & Hulley, 2012).

Reconsolidation differs from traditional exposure therapy in that you aren’t simply facing your fear over and over during this 5-hour window of time until you are desensitized from it. You have to first recall the original fear memory while having a completely different experience that invalidates the meaning of the traumatic event or feared stimulus. Scientists call this a mismatch experience, but I like to call it a new meaning experience.

A new meaning experience is any experience that would cause you to feel empowered, self- compassionate, or less threatened as you recall the memory. But, it’s not so much about convincing yourself that a feared stimulus is no longer threatening, as exposure therapy does. If you were bitten by a dog, it’s normal to feel apprehensive around dogs. The goal isn’t for you to think dogs are no longer threatening. The goal is for you to believe that you have the skills to assess whether a dog is friendly or not; or, feel that you can protect yourself and get yourself out of harm’s way should a dog seem aggressive. In other words, it’s about believing that you have the strength, wisdom, and resources you need to deal with a potential threat.

If you used traditional exposure techniques to deal with your fear of dogs, you would gradually work your way up to being in the presence of a dog while training yourself to be calm. Yet we now know that instead of completely erasing your fear of dogs, this process just creates a new memory that competes with the original memory (Nature video, 2009). You end up creating one memory in which your brain learns you’re safe when you’re around dogs voluntarily, especially if they are friendly dogs. But, it will still be primed to send you into a panic if a contentious canine gnashes his teeth or growls at you unexpectedly.

Reconsolidation updates the original memory instead of creating two competing memories. For example, my client Carol had an extreme fear of the ocean because she witnessed her mother almost drowning in a rip tide. Interestingly, this event did not stop Carol’s mother from going back into the ocean. After the incident, Carol’s mother learned to get her body parallel to the beach and other skills to escape a rip tide, so she had no ongoing fear. She even taught Carol how to escape a rip tide. Yet, Carol continued to feel terrified of the ocean.

Carol tried to quell her anxiety with logical reasoning and visits to the beach. But, no matter how much positive self-talk and exposure therapy she tried, her mind was still haunted by the image of her mother getting swept up by the sea.

When we experience something shocking or traumatic, our minds tend to stop the mental movie of the memory in the worst place. Evoking a mismatch experience, or new meaning experience, is a way of changing the event’s context and finishing the story with a new ending.

To create a new meaning experience for Carol, I first had to understand the implicit meaning her mind was currently attaching to the event. The implicit meaning is the felt meaning of the event. Carol logically knew her mother would survive the rip tide, but on a deep level the event caused her to feel that her mother was a vulnerable person who could die at any minute. Carol realized she wasn’t just scared of the ocean. She’d been haunted by a foreboding feeling that her mother would die suddenly. Carol and I agreed that part of her brain needed to realize that her mother was strong and could survive challenging experiences.

To reconsolidate the memory I asked Carol to recall the memory of her mother getting caught in the rip tide. Then, I asked her to finish the story by vividly recalling images of her mother surviving the event, acquiring the skills to manage any future rip currents, and swimming comfortably in the ocean. Juxtaposing these two reveries side by side helped Carol’s mind update the original memory so it became less disturbing.

Treat Implicit and Explicit Aspects of the Memory Separately

Researchers have found you can’t just update a memory by simply reasoning through it verbally. According to Joe LeDoux, an affective neuroscientist at New York University and author of Anxious, you have to treat the implicit and explicit aspects of a memory separately because they are governed by different systems in the brain.

The explicit aspects of a memory include our verbal narrative and conscious thoughts about it, which are mostly governed by the logical prefrontal cortex. In contrast, the implicit aspects of a memory include the sensory, emotional, and behavioral responses that were activated during the original event, which are governed by the subcortical, emotional areas of the brain. These implicit aspects of memory often get triggered unconsciously when a person encounters anything similar to the original event.

For instance, if you had a car accident at a particular intersection while it was raining, then you may feel skittish about driving in the rain; and you could feel particularly timorous when approaching the intersection where you previously had an accident. These implicit responses are meant to alert you to danger based on past experiences.

You could talk back to your negative beliefs and use positive affirmations like, “I can do this” to coax yourself through the intersection. But these verbal affirmations won’t erase the learned fear, because the part of the brain that governs implicit responses does not learn through verbal reasoning, it learns through felt experiences. Ultimately, to change a traumatic memory you have to simultaneously evoke an experience that elicits an empowering resourceful emotional state while recalling it, or something that counters the helplessness you felt during the original event (Levine, 2015). The emotional part of your brain has to feel it to believe it. This is why Carol had to vividly imagine her mother surviving the rip tide. The emotional brain learns through imagery and sensory driven experiences.

In addition, a mismatch experience must change what it felt like the event meant about you. People aren’t just troubled by fear and hypervigilance after a traumatic event. They’re plagued with feelings of vulnerability, helplessness, shame, guilt, or rage. A mismatch experience is an experience that helps you realize that you didn’t cause the event or somehow fail as a person in the process of trying to survive it. It helps you see the bigger picture and realize that you found yourself caught up in a no-win situation and did what you could to survive it. It helps you see that in spite of the event, you acquired more strength, wisdom, power, and compassion that you can use to make your life better now.

In part 2 of this article, I’ll share a simple 5-step protocol you can use to heal a traumatic memory and demonstrate how I applied it to help Carol overcome her fear and shame related to her traumatic event.

In the meantime, if you’d like to learn more about memory reconsolidation, I’ve listed several great resources at the end of this article and detail a variety of creative strategies in my book, The Therapeutic “Aha!”: 10 Strategies for Getting Your Clients Unstuck.

*This article is adapted from an article Courtney wrote for Counselling Resource.

Levine, P. (2015) Trauma and memory: Brain and body in a search for the living past: A practical guide for understanding and working with traumatic memory. Berkeley, CA: North Atlantic Books. [Amazon-US | Amazon-UK]